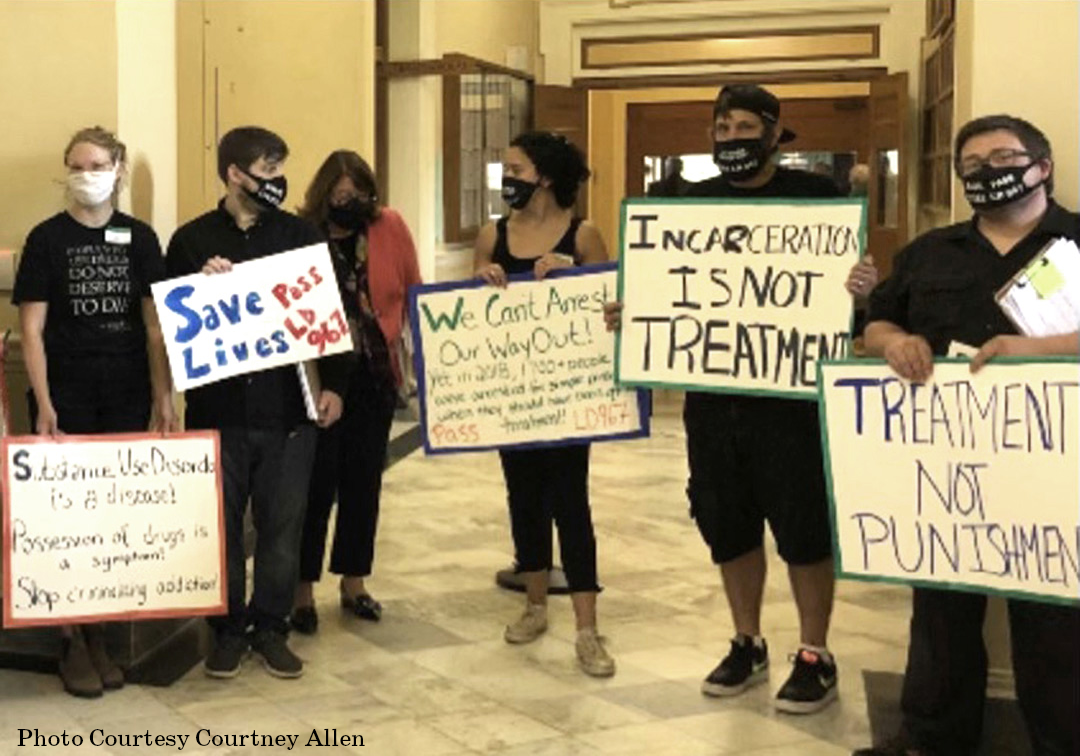 It is clear our punitive drug laws do not work. That’s why this year, drug policy reform groups and recovery advocates pushed an ambitious legislative agenda to change our drug laws to save lives.

Explore this blog for more information about Maine’s drug laws, ongoing state and national efforts to end criminal penalties for substance use, as well as information on how you can get involved in ending the failed War on Drugs.

THE PROBLEM
Prisons, policing, and punitive policies from our nation’s past and present limit paths to recovery.

Maine’s drug laws inflict serious punishment on people who possess small amounts of drugs for personal use, at least 1,500 people every year. A person caught with very small amounts of drugs for personal use can be charged with a misdemeanor, which carries up to a year of jail time. Repeated arrests, and possession of a larger amount than what is considered “personal use,” can be treated as felonies. Arrest and incarceration for drug possession create significant barriers to recovery, and the stigma of criminalization can discourage people from seeking help.

The federal government has spent almost $1 trillion since 1971 waging the War on Drugs, and has no positive results to show. Punishing and incarcerating people for drug use has not decreased substance use, drug crimes or overdose deaths, but it has contributed to mass incarceration and racial disparities in the criminal legal system. Nevertheless, government funding continues to be directed towards failed drug criminalization policies. The bottom line is that criminalizing drug possession is a waste of federal and state resources that could be better invested in proven harm reduction and public health measures that keep people alive and offer a path to recovery.

Impact of Criminalizing Substance Use

Criminalizing substance use can have profound negative effects on a person’s quality of life, health outcomes, access to quality housing and education, as well as create inescapable cycles of harm.

People of color, especially those who are low-income, experience the impacts of criminalization disproportionately.

The criminalization of substance use intensifies while substance use continues to be a leading cause of death. According to a policy analysis by the CATO institute, drug overdoses accounted for more deaths than car crashes in the United States between 2000 to 2014. With lawmakers since Nixon calling for harsher sentencing laws, stronger enforcement mechanisms, and tough-on-crime policies, the War on Drugs has become a War on People, with criminalization at its core.

THE SOLUTION
Drug reform based on humane, effective, and evidence-based policies that reduce harm and promote recovery. 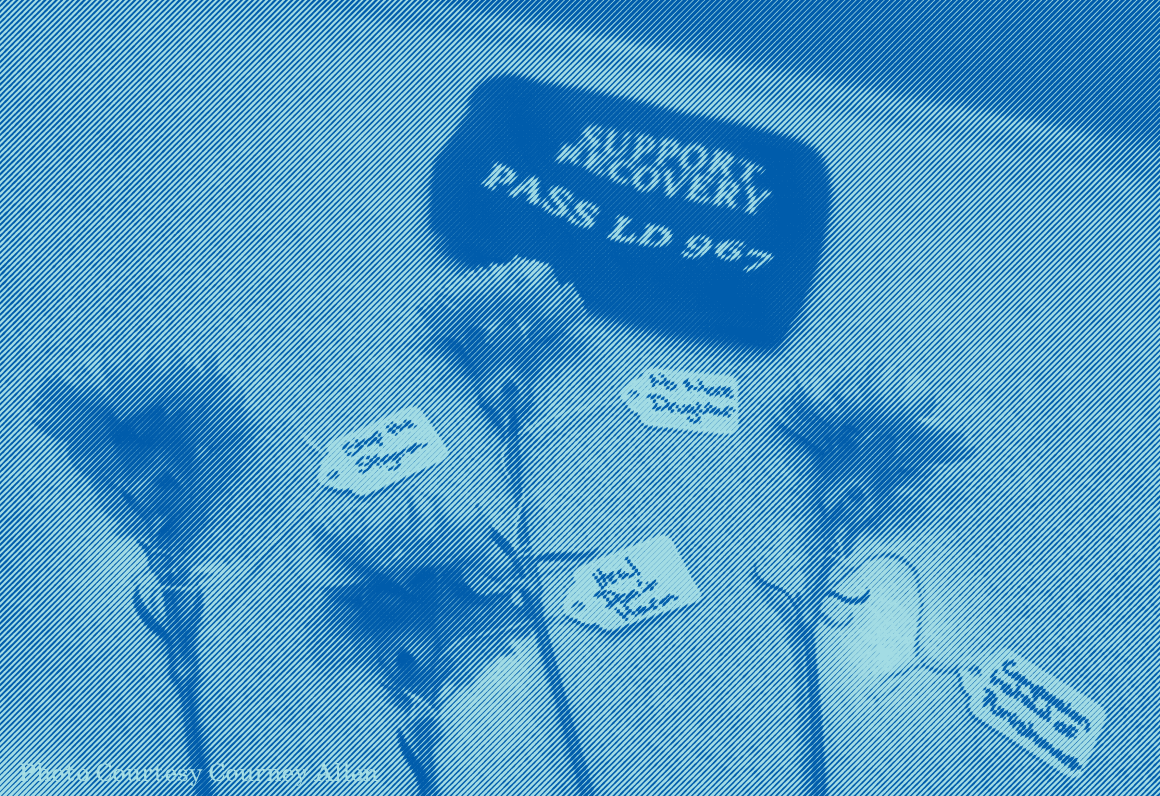 ACLU of Maine has long advocated for drug policy reform. Along with our coalition partners, including people in recovery and harm reduction advocates, we supported several priority bills to end the War on Drugs by reducing criminal penalties and reforming drug sentencing laws:

There is still more action to take, more policies to change, and more advocacy to be done. The legislative session has now come to an end and Maine has made significant progress towards change with two important drug reform bills passed. Although LD 967 fell short in the Senate, the fight to end the failed War on Drugs does not end here. The advocacy and public support demonstrated this past legislative session highlighted progress and commitment towards recovery and health, and away from punishment.

By telling lawmakers about our experiences, we have changed the conversation about how we should treat people with substance use disorder. - Mikki Rice, recovery advocate

There is a nationwide movement to reform punitive drug laws. Oregon became the first state, by popular vote, to end criminal punishment for drug possession. In addition to Maine, drug reform legislation has also been introduced in New York, Vermont, Maryland, Rhode Island, Washington, and Massachusetts within recent years. Ending criminal penalties for drug use and investing in treatment and harm reduction has also proven successful globally in Portugal and Switzerland.

People are dying, prison populations are growing, we need an evidence-based approach that centers health and rehabilitation. Our current system creates barriers to well-being and recovery. With a record and rising number of overdose deaths in Maine, we need to take a stand in leading the nation towards treating substance use disorder as a public health crisis – not a crime.

Here’s how can you get involved in Maine.

Tell them ending criminal penalties for minor drug possession matters to you.

Below are some great resources for learning more about Maine drug laws, state-wide drug policy reform, statistics on incarceration rates for drug possession, and data about overdose deaths in Maine.

5. Volunteer with ACLU of Maine!

Visit ACLU of Maine’s Volunteer Hub here for more information on how you can join and learn more about our statewide advocacy efforts.