By Alysia
A recent decision by the U.S. Sentencing Commission will help ensure that over 12,000 people — 85 percent of whom are African-Americans — will have the opportunity to have their sentences for crack cocaine offenses reviewed by a federal judge and possibly reduced.

Check out this great piece by the ACLU's Laura Murphy in the Huffington Post commenting on  on the decision: the U.S. Sentencing Commission voted to retroactively apply the new Fair Sentencing Act guidelines to individuals sentenced before the law was enacted.

This decision is but one major victory in what has been a much larger, and terribly devastating "war" on drugs.

The ACLU has been doing a series of blogs to highlight the 40th anniversary of this failed, multi-decade "war on drugs" that has resulted in tremedous overincarceration, racial and gender inequities and countless ruined lives and fractured families.  It has also cost our nation roughly a trillion dollars.

that's right - a TRILLION dollars despite the fact that there has been no noticable impact on supply or demand and no reduction in drug use, availability or dependency.


There is still much to be done. It’s time to end the unjust, un-American and unsuccessful war on drugs. Go here to learn more about the fight for a responsible drug policy in America or here to view materials on federal cocaine offenses and sentencing.

And because laughter is the best antidote to despair, check out this video from Elon James White. Enjoy! 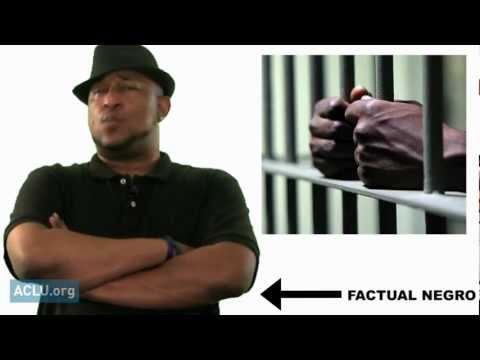