Prison Doesn't Protect Kids, So Why Are We Acting Like It Does?

When brainstorming ways to keep kids safe, I'd put things like establishing good schools, strong communities and stable homes at the top of the list. And then a million-and-a-half ideas later, so far down that we're no longer even on the list anymore, is where I'd put throwing kids in prison. And even that feels generous — which makes Maine's rampant use of incarceration as the default means of dealing with vulnerable children so troubling.

And I'm not alone in my concern. Earlier this week, advocates across Maine met together as part of the Maine Juvenile Justice System Assessment and Reinvestment Task Force, where they called for Maine's leaders to take immediate action to end to the harm that Maine's youth incarceration crisis is causing.

At the meeting, the Center for Children’s Law & Policy presented its findings and recommendations — gathered over the course of a year through interviews and focus groups with top state officials, legal & law enforcement personnel, affected youth and their families, as well as other experts from across the country.

Through its research, CCLP found that in over half of detention cases, the reason for detention was to provide care and that the vast majority of children imprisoned for over 30 days were being held at Long Creek while waiting for placement or programming elsewhere.

73 percent of imprisonments over 30 days were for children awaiting placement or outside programing. (i.e. we are keeping kids in prison for lack of a better place/lack of community-based support.)

Separating low- to moderate-risk youth — who do not need secure confinement — from their families and existing support systems doesn't make sense in promoting their long-term well-being. Instead, research shows that "community-based responses reduce recidivism more and are more cost-effective than...incarceration-based strategies." Yet, the state continues to spend $250,000 a year to incarcerate a single child, a number that adds up to an annual budget for Long Creek landing somewhere in the ballpark of $15.8 million. That's $15.8 million that could be invested in the kinds of programming and placement opportunities that kids are stuck waiting for in Long Creek need.

This becomes even more boggling when you realize that in Maine, kids swept into Long Creek because they're in need of care don't always receive that designation because of unlawful behavior on their part. Instead, this label ends up being extended to kids who are simply facing mental health challenges or unstable housing. As Rep. Charlotte Warren pointed out at the meeting, according to Title 15 of the Maine Code, "if kids are homeless, [the state] can incarcerate them." 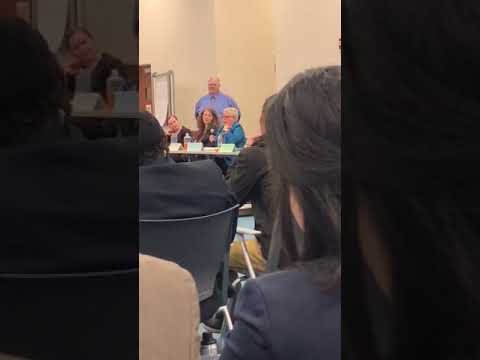 ACLU of Maine Executive Director Alison Beyea, who was also at the meeting, had similar takeaways, saying that "helping young people who struggle should be a problem we address through our health and human services systems - not through our criminal justice system."

Helping young people who struggle should be a problem we address through our health and human services systems - not through our criminal justice system.

Thankfully, there is a bill up for consideration in the State Legislature —  LD 1684, "An Act To Clarify the Right to Counsel for Juveniles and Improve Due Process for Juveniles," sponsored by Rep. Victoria Morales of South Portland — that aims to address youth incarceration in several ways.

LD 1684 would set a minimum age for prosecution (12) and incarceration (14), keeping the youngest, and most likely to be harmed by incarceration, children out of the system. Then, if prosecutors and judges were to push forward with incarceration, they would have to prove that outside treatment/alternative placement were unviable options and would require periodic 90-day reviews before a judge to determine whether commitment of a child is still in the best interest of the child and the community. The bill would also do away with the mandatory minimum one year sentence at Long Creek, helping get kids out of prison faster, and would make sure that kids in jail continue to have access to legal representation throughout their sentence.

Moves like this to limit the use of detention are vitally important. Detention has been shown to have a wide range of negative impacts on kids, including disruption to connections to family, school and communities; exacerbation of mental illness and risk of self-harm; increased likelihood of delinquent behavior; and a slowing of the natural aging out process of delinquency.

But even if LD 1684 does pass, incarcerated kids in Maine might still face additional threats. Currently, the state is considering re-locating incarcerated women to Long Creek, where they would share facilities with the youth – this doesn't happen in other states. This move would limit youth access to programming and recreation they desperately need, compounding the negative effects of incarceration.

It's time that instead of meeting our most vulnerable kids with more trauma, we move away from youth incarceration and start investing in communities, giving our kids a chance to heal.