Know Your Deaf Rights: What to Do When Dealing with the Police

Approximately 20 million Americans, myself included, report some type of hearing problems.  As we age, this problem only grows more acute.  Hearing loss affects a staggering 29% of persons 65 and older.

How prepared is law enforcement in dealing with those of us that are deaf and hearing impaired?

This January, Pearl Pearson, a 64 year-old deaf man, was attempting to show patrolmen a placard saying "I am deaf" when they pulled him from his car, brutally assaulted him, dislocating his shoulder and swelling his eyes. Immediately following Pearson's assault, the officers' dashboard camera reveals officers cursing after they run a quick check of his license and find out that he is deaf. The district attorney announced that the patrolmen involved would not be charged for this brutal attack on the same day that he charged Pearson—who has two sons who are police officers—with resisting arrest.

And last February Jonathan Meister was carrying his belongings from his friend's home when officers mistook him for a burglar, determined that his attempts to use sign language were aggressive, and began beating, tasering and choking him to the point of unconsciousness.

These stories highlight the woeful lack of training about -- and awareness of -- Deaf culture and communication within police departments across the nation. They illustrate the urgent need for systemic change.

The ACLU has teamed up with Marlee Matlin and Helping Educate to Advance the Rights of the Deaf (HEARD) on an American Sign Language video to ensure deaf people know their rights when interacting with law enforcement. 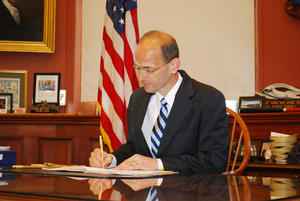 The ACLU is working with HEARD to collect stories of law enforcement abuse and discrimination against deaf and hard of hearing people. Fill out this short form to let your voice be heard.