Invasion of the Data Snatchers

Yesterday we held one of our three annual student conferences. One of the workshop sessions we offered was titled “Privacy and New Technology: Can the Government Track Your Phone?” The lesson is structured around a mock legislative hearing with students acting as lawmakers and debating a bill requiring police to obtain a warrant before obtaining information from a cellphone. (Thanks to the efforts of our legislative team, the bill they were debating is actually the law of the land in Maine, unlike in most states.)

In order to set the stakes and get students thinking about their constitutional right to privacy, the workshop begins with the presenter – in this case Oami Amarasingham, our esteemed Public Policy Council – asking students what information they might be able to learn about her just from taking her cellphone and looking through it. Once it’s established that there is a wealth of information potentially available – such as her web browsing history, her favorite places to visit, or her personal notes and messages – the activity begins and the students get to debate the merits of the bill for themselves.

But let’s pause for a second and think more about that question. First, would it be necessary to physically look through her cellphone to learn more about her? If we’re talking about corporations or governments the answer might well be no, given that much of that information is stored remotely and accessible to third parties. Second, let’s think back five or 10 years ago and ask what the answer to that same opening question might have been then. If the person in question even had a cellphone, it wasn’t likely to have much more information than a list of recently dialed phone numbers. It’s only recently that smartphones have become common and data snatching has become profitable and efficient.

That poses a scary question: if technology has progressed this much in just a few years, while our privacy laws have lagged so far behind, what will things look like five years from now? What about 10, 20, 50? If we present this same workshop to students in 2034 and ask them what information is available just by looking through a presenter’s personal technology, what will they answer then? (And, even scarier, will the government be able to hear their answer?)

This intersection between privacy and technology is a topic the ACLU spends a lot of time thinking about, because things are getting spookier every day while lawmakers and courts are notoriously slow to respond. New information systems and the expanding scope of Internet-equipped devices are making it easier for private companies and the government to learn about everything we do, whether it's in our home, in our car, or on the street. Cellphones may be the most obvious example of where data can be snatched from, but it’s hardly the only one.

To give you a sense of just how scary things could get if we aren’t careful, check out this new video from the ACLU. You might think it’s just an early Halloween spook, but remember how far things have progressed just in the past few years when it comes to the government’s surveillance capabilities.

Hopefully the video will make you laugh a lot, cringe a bit, and ultimately reevaluate what’s at stake in the debate over privacy and technology. If you believe it’s time we regained control of our personal information and prioritized our constitutional right to privacy, then sign our pledge in support of meaningful limits on the information that government and corporations can collect about us. 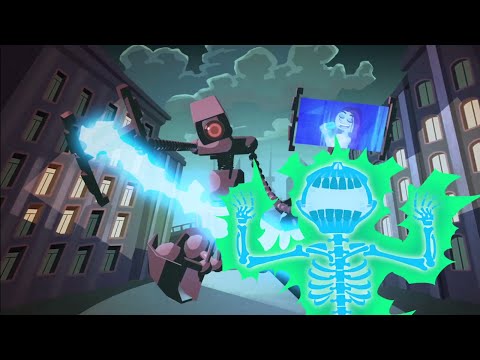 An Open Letter to Portland City Council on Facial Recognition

Don’t believe the corporate interests. Maine really does need an...