LD 2: An Act To Require the Inclusion of Racial Impact Statements in the Legislative Process 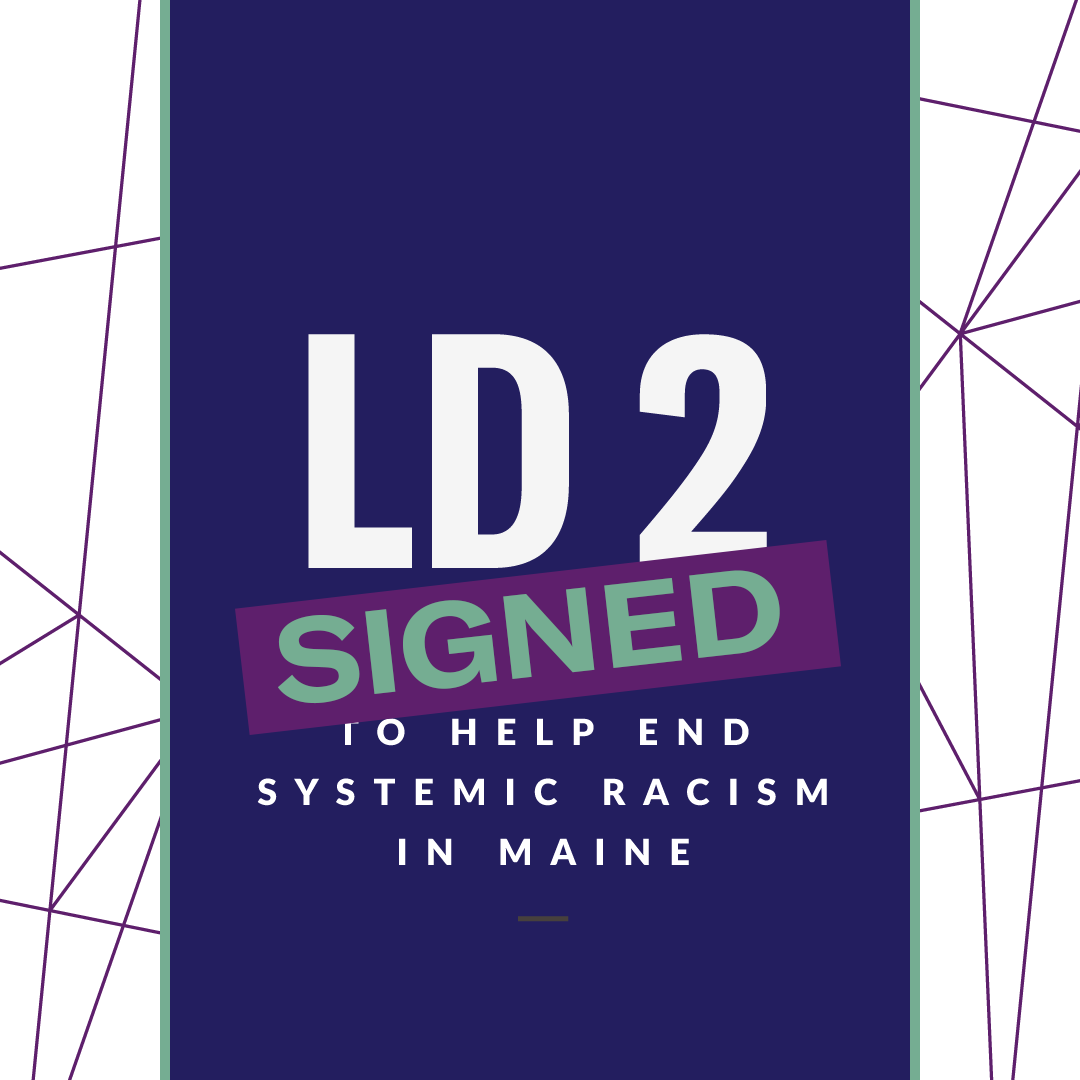 To undo systemic racism, lawmakers need to know whether a bill may create racial disparities before it becomes law. Racial impact statements are a tool to help legislators do this.

LD 2 sets up a process to review legislation to see what impact it would have on historically disadvantaged racial populations. In part, the bill would allow legislative committees to ask for, and receive, data necessary to assess a bill’s potential impact on racial and ethnic minorities.

"LD 2 is an important step in our journey to creating a more just and equal Maine. The racial disparities we see in housing, employment, education, health care, wealth, poverty, and interactions with the criminal legal system
— and in every aspect of life — are not an accident.

"The COVID-19 pandemic has made evident the other — and even more persistent — epidemic of racism. For a time, Maine had the largest racial disparity for COVID-19 infection in the country.

"Black, indigenous and other people of color only represent about five percent of the state’s population, but last summer, they represented almost one third of those who tested positive for COVID-19. Perhaps this statistic best illustrates the twin epidemics of COVID-19 and of racism."

The following appeared on the Portland Press Herald editorial page:

What’s at work is a system of racial advantage and handicap that is built into our institutions, and often perpetuated by well-intentioned people who honestly believe that they hold no hatred in their hearts.

Mainers who are alive today did not build this system, but we have an obligation fix it if we want to live up to the state constitution’s promise. L.D. 2, An Act to Require the Inclusion of Racial Impact Statements in the Legislative Process, is a small step in that direction. The Legislature should pass this bill so future lawmakers will not be “color blind,” but do their work with their eyes wide open."

Want to contact your lawmakers about supporting LD 2 but not sure what to say? Here are some simple talking points for your to choose from.

Maine is not immune from systemic racism.

Statistics you can use:

To undo systemic racism, lawmakers need to know whether a bill will create racial disparities before it becomes law. Racial impact statements are a tool to help legislators do this.

I hope you support LD 2 as a commitment to undoing systemic racism.